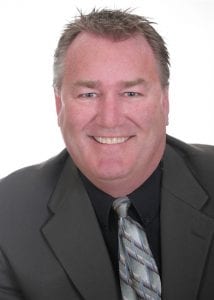 How and why I became a Real Estate Agent… I was a cottager in Haliburton County during the 1960’s to 1980’s.  My parents moved to the area permanently in 1978, when they purchased what was formerly known as Kenmar Lodge on Lake Kashagawigamog in Ingolsby.  During that time they also established the Minden Fruit Market and later sold it to the current owners.  As time went on, they sold the lodge and moved to Soyer’s Lake, and then to Head Lake, all part of the five lake chain between Haliburton and Minden.

During the 1970’s, I had the privilege to attend Kilcoo Camp on Gull Lake, just south of Minden.

I left Haliburton County in 1983 to pursue a career in the Canadian Armed Forces as a Military Police Person.  During my 25 year career, I continued to return to Haliburton County to visit.   I knew it was the place I wanted to eventually settle.

During my first Military posting to Shilo, Manitoba, I met my wife, Rose Anne.  We have been married for 32 years and have two adult children.

After growing up in the hospitality business and interacting with the public, I became very interested in and enjoyed meeting new people.  I follow the real estate markets regularly, as well as the world markets, and real estate has been a passion of mine for many years.

An opportunity presented itself in 2004, when the Canadian Armed Forces transferred me and my family from Nanaimo, British Columbia to Trenton, Ontario. As I neared the end of my military career, I knew this was the time for me to pursue a career in real estate in Haliburton County.  Rose Anne and I decided to move to Haliburton, knowing it was a special place to us and the perfect place to continue raising our two children.

After securing my Real Estate License, I finally retired from a rewarding and satisfying career and launched my new career as a Real Estate Representative.  I am thoroughly enjoying the real estate business, and work very hard at satisfying all my clients’ needs.  Haliburton has become home for my family, and I cannot imagine practicing real estate anywhere else.